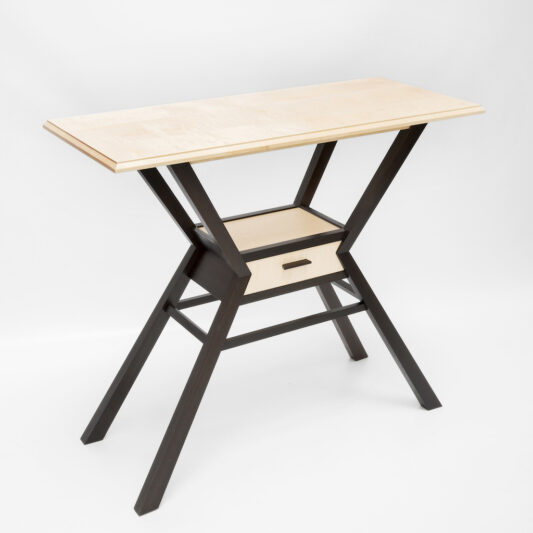 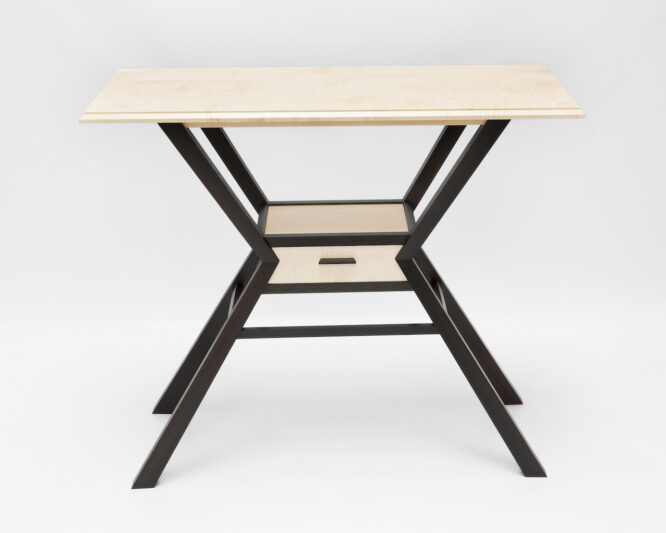 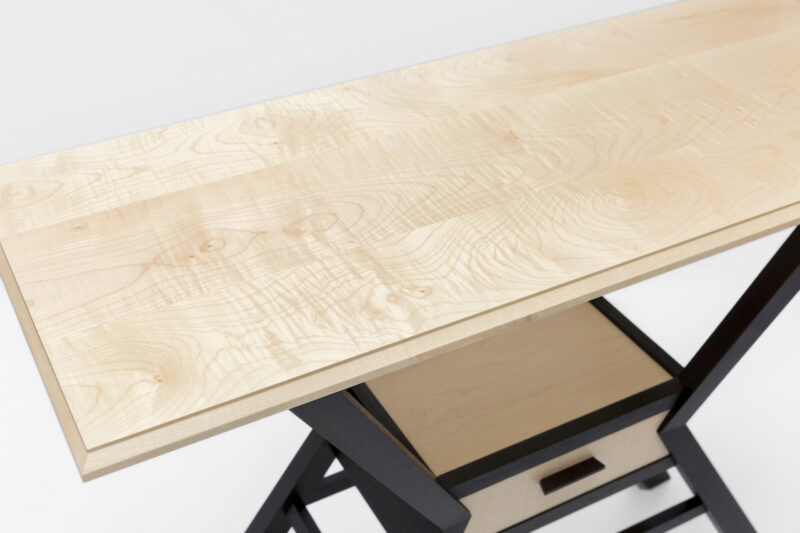 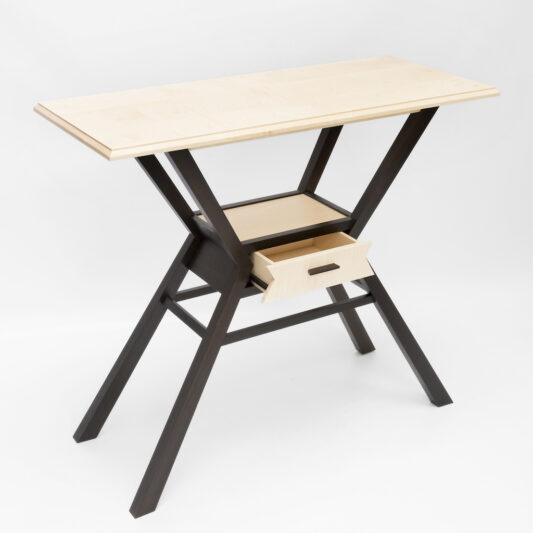 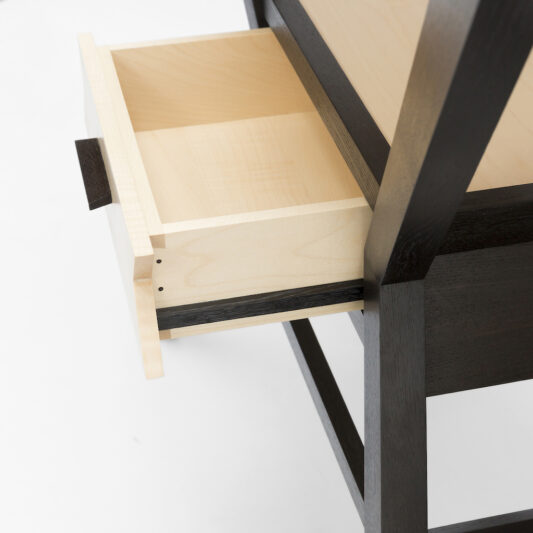 The Prisma table is made entirely from solid sycamore and solid bog oak and perfectly demonstrates the extremes and contrasts that are available in English timbers – it combines the ancient and modern, native and introduced, dark and light. It shows that it is possible to gain a striking effect through the use of English timber alone.

As well as the aesthetic effect of the contrasting bog oak and sycamore, the interest of their origins gives further meaning to the piece. The black bog oak is around 5000 years old and comes from the East Anglian fens. The white sycamore also comes from East Anglia, but from a much later period in history, as sycamore was only introduced to the UK in the 1700’s.

As well as being a very beautiful and interesting timber, bog oak is a finite resource, so I have tried to produce a piece which uses it to good effect and shows off its properties of density and rich colourings, whilst using a relatively small amount. The sycamore also has beautiful colouring and markings, which are ideally suited to being shown off in a table top.

In this piece I have tried to create a small showcase for English timber and an interesting story for the owner – in one single table they have wood from 5000 years ago and less than 400 years ago, they have almost black and almost white woods and they have an ancient native species combined with a (relatively) young incomer.

They also have an elegant and interesting, yet functional table, incorporating a useful little drawer!