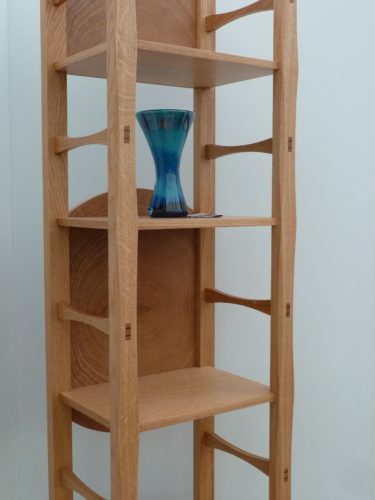 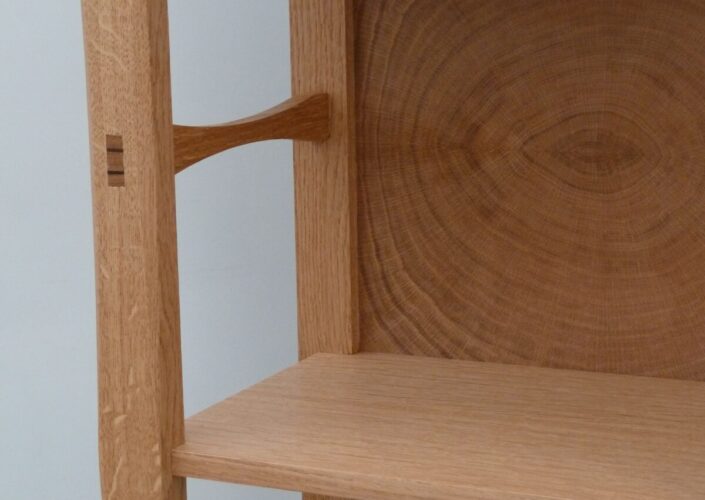 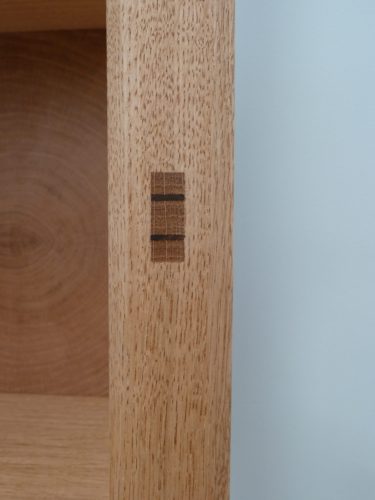 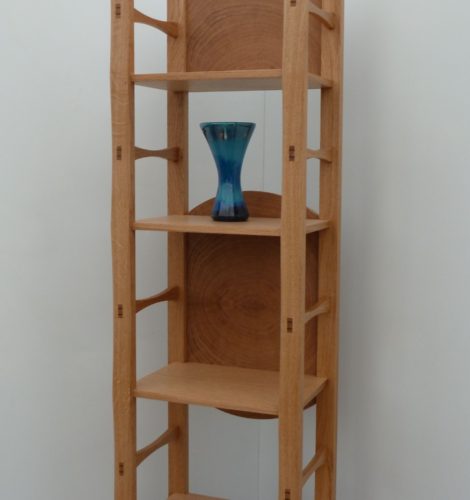 For those unfamiliar with the term, a ‘Whatnot’ is a rather old fashioned name used to describe an item of furniture popular in the 18th century. A Whatnot can be defined as ‘a piece of furniture consisting of an open stand with shelves one above another, for keeping or displaying various objects, such as ornaments, curiosities, books, etc’. That is exactly what I have made, so it is called a ‘Whatnot’, although to be honest, I discovered the name after I’d made my piece and was looking for a better title for it than simply ‘display unit’. 18th century whatnots were generally made with slimmer, turned legs and had a lighter style compared to the one I have made, so strictly speaking it should be called a ‘Contemporary Whatnot’.

This piece makes use of solid English Oak for the legs and side rails with end grain Oak veneer for the statement back panels. The side rails are joined to the front legs with through wedged tenons, utilising walnut for the wedges, to make a nice contrast to the Oak tenon. This can be used to display anything which you would like to show off be they ornaments, useful objects, or those lovely large books which deserve a nice home.

Note: This piece is available for immediate purchase at £1,200 (excluding delivery). Please contact me by email or phone if you are interested and would like further details.