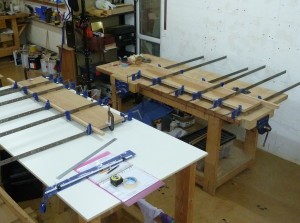 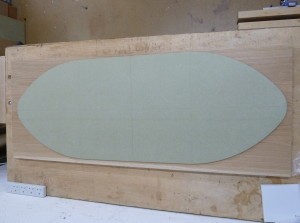 Template of the proposed shape of the table top. 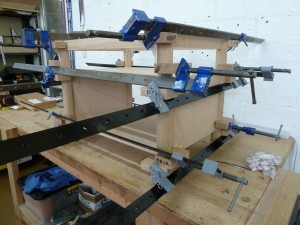 Final glue-up of the table base.  Quite fiddly but successful in the end.

Its been a while since the last news item, but that’s because I’ve been very busy getting settled in at the new workshop and creating my latest project, a television table in English Oak.  The table will have an elliptical shaped top and underneath the table top, an enclosed area in which to put the boxes and other gadgets associated with TV watching.  The front door of the enclosure will be veneered in end grain oak, which provides a beautiful pattern across the face of the door.  All will be revealed when it is completed!  In the meantime, above are some ‘in-progress’ photographs.